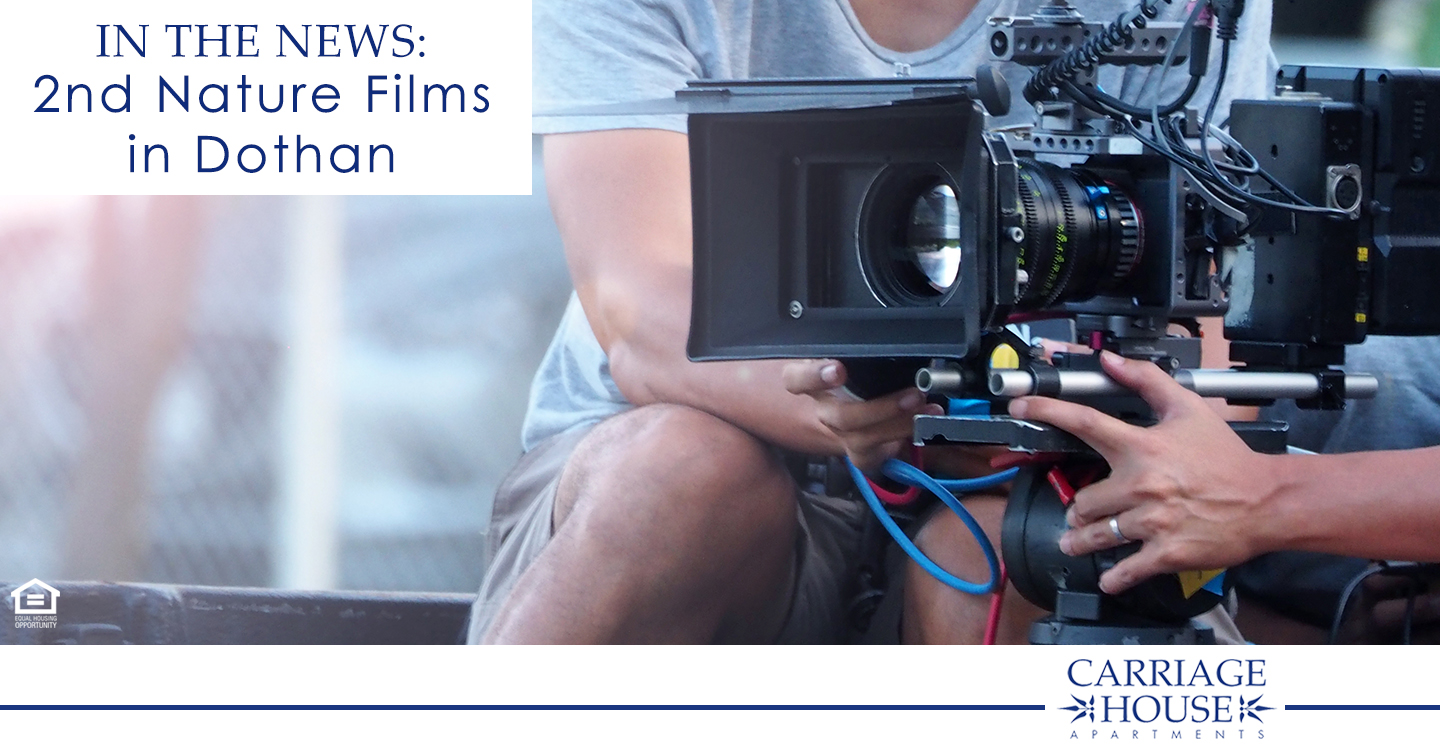 Over the past few years, the South has turned into a hub for movies and television. With the rising popularity of filming in Atlanta, Macon, and more, it looks like our hometown will also take the stage. Say “hello” to the company that will make it happen: 2nd Nature Films in Dothan.

Everywhere you go, you’ll find a story to tell. And our state has a whole lot of tales waiting to hit the screen! Well, 2ndNature Films can help bring those narratives to televisions and theaters near you.

Self-described as a “full service production/creative company,” 2nd Nature films is headed by Dothan native film producer Stephen Durham. The production company says it takes pride in guiding projects every step of the way. From the very first idea, to the script, to production, and to distribution, they can make it all happen.

Durham recently moved back to Dothan from Los Angeles, and has dreams of making Dothan into a film production hub. The team believes that Dothan is geographically-suited for filming, perhaps more so than bigger cities like Atlanta.

2nd Nature Films is eyeing infrastructure in Dothan for a potential production facility. Last month, they checked out the former Dothan City Schools central office on Dusy Street as a possible lab location.

That’s not all they’ve done here! See if you can spot the cameras around town! As of May, they’ve already started filming locally.

What kind work has 2nd Nature Films put out?

If you like action flicks, check out their 2020 movie “Army of One.” It begins with a woman and her husband going on what they think will be a nice hike. That is, until they encounter an illegal compound—and the cartel members lurking there.

After a terrifying attack, the husband dies—but the wife secretly survives. Will she have her revenge? Watch and see!

Other projects include comedy show “The Misadventures of Cleetus and Stump,” action/comedy police series “Chalk,” and more.

You can see a list of their projects here.

The Benefits of Local Filming

For a long time, we used to think that making it big in the industry meant moving to crowded, expensive L.A. No longer! Creatives can stay in town and still turn their dreams into a reality.

The potential presence of 2nd Nature Films in Dothan comes with a few other benefits! Not only will they bring jobs to our city, but they’ll also generate a substantial amount of revenue—to the tune of millions. That’s the recipe for a thriving economy!

Lights. Camera. Action! 2nd Nature Films in Dothan is creating its very own brand of movie magic in our hometown. We can’t wait to see it all on the big and small screens!

To us, all of our residents are shining stars! Learn more about Carriage House—and our affordable apartments—here. Finally, for more exciting local news, browse our blog.